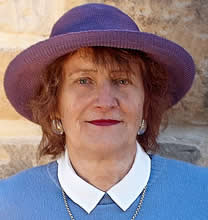 Raewyn Connell is Professor Emerita, University of Sydney, and Life Member of the National Tertiary Education Union.  She has taught in several countries and is a widely-cited sociological researcher.  Her recent books include The Good University; Southern Theory; and Gender in World Perspective (with Rebecca Pearse). Her work has been translated into nineteen languages. Raewyn has been active in the labour movement, the peace movement, and work for gender equality. Details at website www.raewynconnell.net and Twitter @raewynconnell. The Good University, published in 2019, discusses the nature of university work and workforces, the global and social role of universities, the dramatic growth of managerial power, the little-known history of alternative universities, and pathways to a future beyond the corporate university. 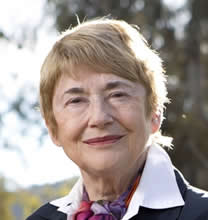 Professor Margaret Thornton is a socio-legal and feminist scholar whose work on the legal academy and the legal profession is internationally recognised. She is regularly invited to participate in international projects.

Margaret has a particular interest in the impact of the corporatisation of universities on the legal academy and has conducted research in the UK, Canada and New Zealand, as well as Australia. Publications from this research include Privatising the Public University: The Case of Law (Routledge, 2012). Her current ARC-funded research focuses on work/life balance in corporate law firms, particularly the gendered effects of globalisation, competition and technology.

Margaret’s scholarship has been acknowledged by election to the Academy of Social Sciences in Australia, the invitation to be a Foundation Fellow of the Australian Academy of Law, and the award of an ARC Professorial Fellowship, in addition to international fellowships.

Margaret formerly held the Richard McGarvie Chair of Socio-Legal studies at La Trobe University where she also served as Head of School, Director of Research and Professorial Member of University Council. She served the discipline of law as a member of the ARC and as Chair of the Federal Government Advisory Committee for the Gender Issues in the Law Curriculum Project, as well as occupying many other federal and State positions. 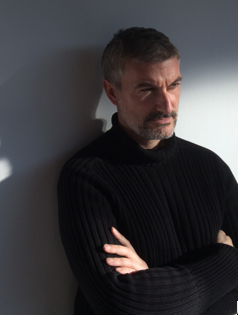 Professor Andreas Philippopoulos-Mihalopoulos, LLB, LLM, PhD, has read Law in Thessaloniki, Greece, as well as in other European cities. He completed his LLM at King's College, London, and his PhD at Birkbeck College, London.

He is Professor of Law & Theory and Director of The Westminster Law & Theory Lab, an international research centre in the heart of London with a vibrant series of events, publications, internships and research clusters.

Andreas's research interests are radically interdisciplinary and include critical legal theory, sociolegal studies, autopoiesis, philosophy, psychoanalysis, architecture, geography, art, ecophilosophy, object-oriented ontology, theology, phenomenology, and their critical instances of confluence. He has been invited to talk about his research in various institutions around the world.

Andreas has been awarded the Oxford University Press National Law Teacher of the Year Award 2011. He has since been invited to join the Judging Panel of the Award, which he has gratefully accepted. In 2016 he has been awarded the IUCN Distinguished Environmental Law Education Global Award 2016. 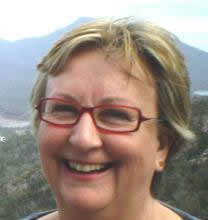 Prue Vines is a Professor at UNSW Law. Her major areas of interest are torts (especially attribution of responsibility in negligence and apologies in civil liability) and succession law (wills and estates – with a special interest in the making of culturally appropriate wills for Indigenous people).   Prue is the co-Director of the Private Law Research and Policy Group UNSW.  She has published widely in all her areas of interest and also in legal education in which her special interest is the richness that can be brought to the life of law students by excellent teaching and a clear focus on how personal and professional identity should go together. 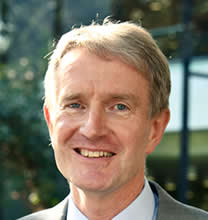 David Dixon is a Professor at UNSW Law, where he was Dean for ten years to mid-2016.  He now teaches first year law students and conducts research on law in policing (particularly interrogation) and on legality in post-colonial contexts. His books include: From Prohibition to Regulation: Bookmaking, Anti-Gambling and the Law;   Law in Policing: Legal Regulation and Police Practices; Interrogating Images: Audio-visually Recorded Police Questioning of Suspects;   A Culture of Corruption: Changing an Australian Police Service; and (as co-editor) The Integrity of Criminal Process.