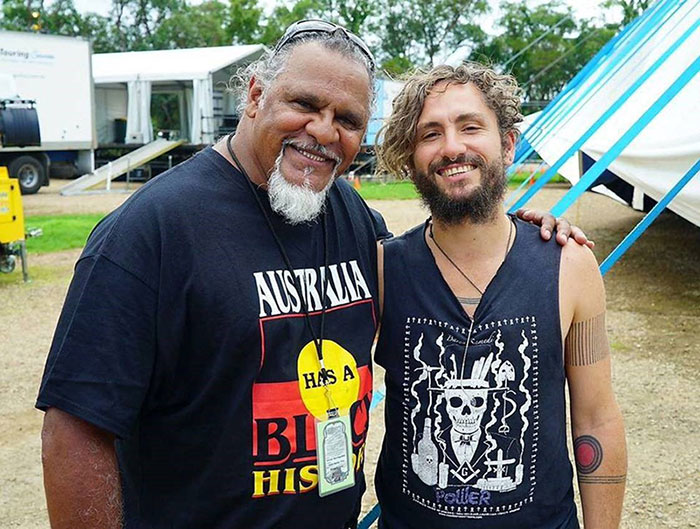 Later this month, the Federal Court of Australia will hear the case from Wangan and Jagalingou Traditional Owners who oppose the Adani Carmichael mine development on their lands.

Adrian Burragubba and Wangan and Jagalingou community members have been challenging the Adani mine for years through the courts and were almost prevented from having their current appeal heard because of the huge financial barriers to people seeking to hold corporations accountable in Australian courts.

Isabelle Reineceke, Executive Director and Founder of Grata Fund, said, “The story of the Wangan and Jagalingou community and Adani is part of a broader story in Australia, where many First Nations communities are prevented from accessing their rights because of  the huge expense involved in bringing important public interest cases to court, and the massive imbalance in financial means between these communities and the corporations they are seeking to hold accountable under the bright lights of court.”

On application for hearing the appeal in  the Full Federal Court, Justice Robertson said he believed Mr Burragubba and his co-plaintiffs do have  a case to be heard. Despite this, Adani asked the court for a guillotine order forcing Adrian and his co-plaintiffs to provide $160,000 as surety before the case was heard. Justice Roberts reduced this and ordered Mr Burragubba to pay $50,000 into court within 28 days or drop the appeal. It’s still too much for the community to cover alone in such a short time.

To ensure that the W&J First Nations people could meet the 28-day deadline and have their fair day in court, Grata stepped in to secure the $50,000 within hours of the deadline.

“Mr Burrgubba and Wangan and Jagalingou community members have a legitimate legal question about Native Title that must be heard and resolved in the courts,” Isabelle said.

According to the Public Interest Litigation Clearing House (now JusticeConnect), 9 out of 10 meritorious public interest cases don’t reach the courts because of financial barrier caused by the risk of adverse costs orders.

“Whatever the outcome of the case, Australians are becoming more and more frustrated by the unequal power of government and corporations on our democracy. Laws about costs need to be changed so that First Nations communities and most other regular people who do not have big bank accounts can access their rights and hold corporate power accountable.”