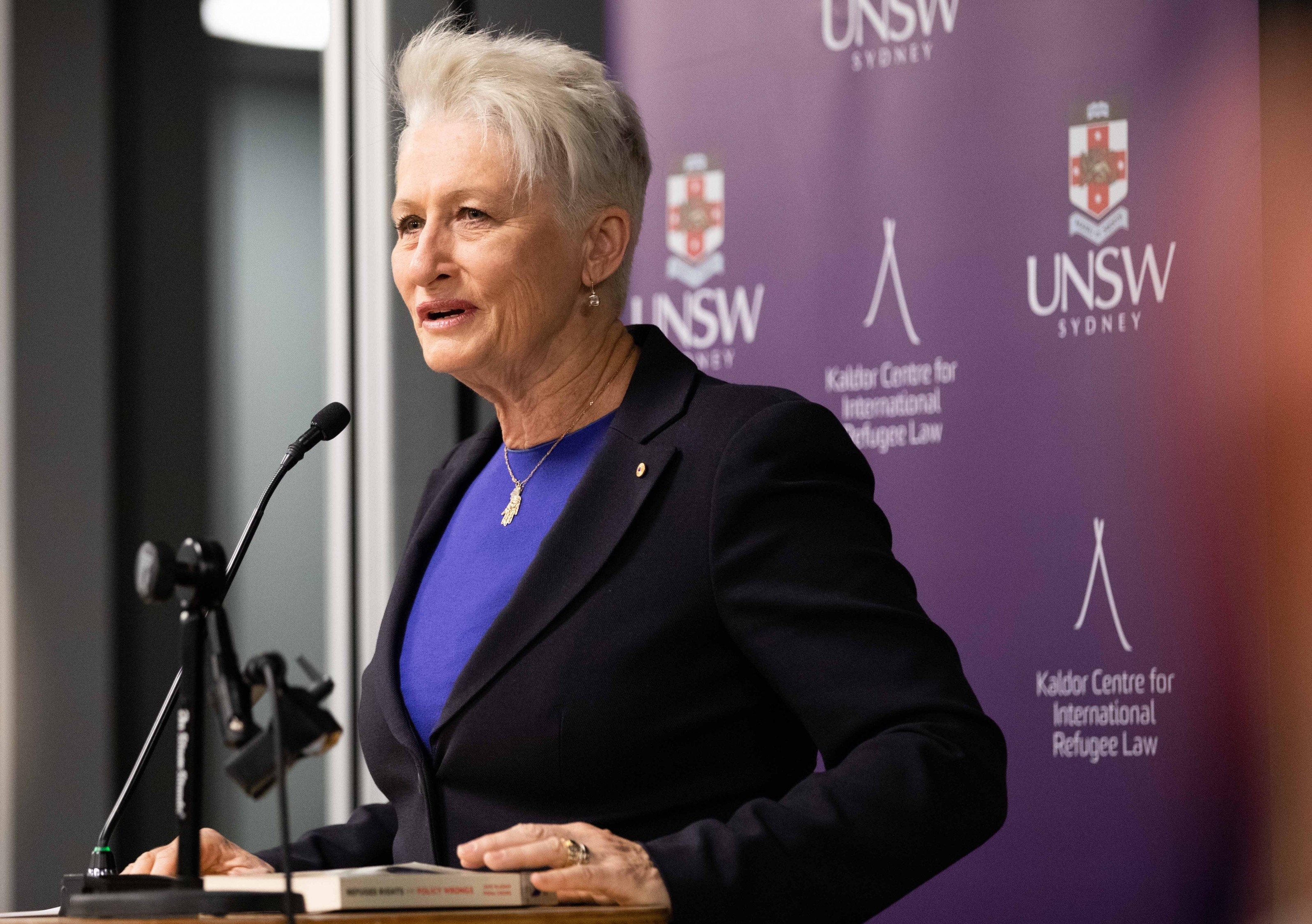 Attempts to repeal the medevac law show why Refugee Rights and Policy Wrongs from UNSW’s Professor Jane McAdam and alumna Fiona Chong is a must-read, says the former Wentworth MP.

As one of its first priorities, the Morrison government is today moving to repeal Dr Phelps’s signature achievement in Parliament, the medevac legislation which enables seriously ill refugees to be transferred from Nauru and Manus Island for urgent treatment in Australia.

“This is a decision in search of an excuse,” Dr Phelps said of the repeal effort. “The [government’s] excuses range from the bizarre to the offensive,” such as senior officials denying there is a healthcare crisis on Manus and Nauru, defaming the refugees as criminals, spending $185 million to reopen and then close facilities on Christmas Island, and claiming the law would dismantle border protection.

Ms Chong said that “our policies may seem justified if the people seeking asylum on our shores are, in our minds, not really people, but rather the negative labels we’ve reduced them to – queue jumpers, illegals, security threats. As we explain in our book, these labels are based on assumptions about people seeking asylum which are simply not founded on evidence.”

Refugee Rights and Policy Wrongs argues that a radically different approach is possible – an approach that is evidence-based and consistent with Australia’s obligations under international law. As one of the world’s most harmonious, multicultural and socially mobile countries, Australia has the capacity to accommodate and celebrate diversity, and to be generous towards those who seek our protection.

Refugee Rights and Policy Wrongs will inform legal, political, media and public understanding, Dr Phelps told the nearly 200 people gathered at King & Wood Mallesons in Sydney on Tuesday evening. She added: “We must not simply accept that we live in a post-truth political world.”

Opinion|18 Dec 2019
Is CV fraud a crime?
Depending on the inaccuracy on your curriculum vitae, lying on your CV could be crime, says UNSW’s Professor Alex Steel.
Mentions
Alex Steel
Achievement|16 Dec 2019
UNSW's Rosemary Kayess awarded the 2019 Human Rights Medal
The internationally respected lawyer, researcher, academic and UNSW alumna is an advocate for access to justice, social inclusion, housing and employment.
Achievement|13 Dec 2019
Digital legal applications can provide greater access to justice
UNSW Law students design digital legal applications to address issues overlooked in the community legal sector.
Opinion|13 Dec 2019
The federal government's response to the ACCC's Digital Platforms Inquiry is a let down
The ACCC's inquiry was launched to address concerns about the market power of major digital platforms, such as Google and Facebook, and their impact on Australia's businesses and media.
Mentions
Katharine Kemp
View more