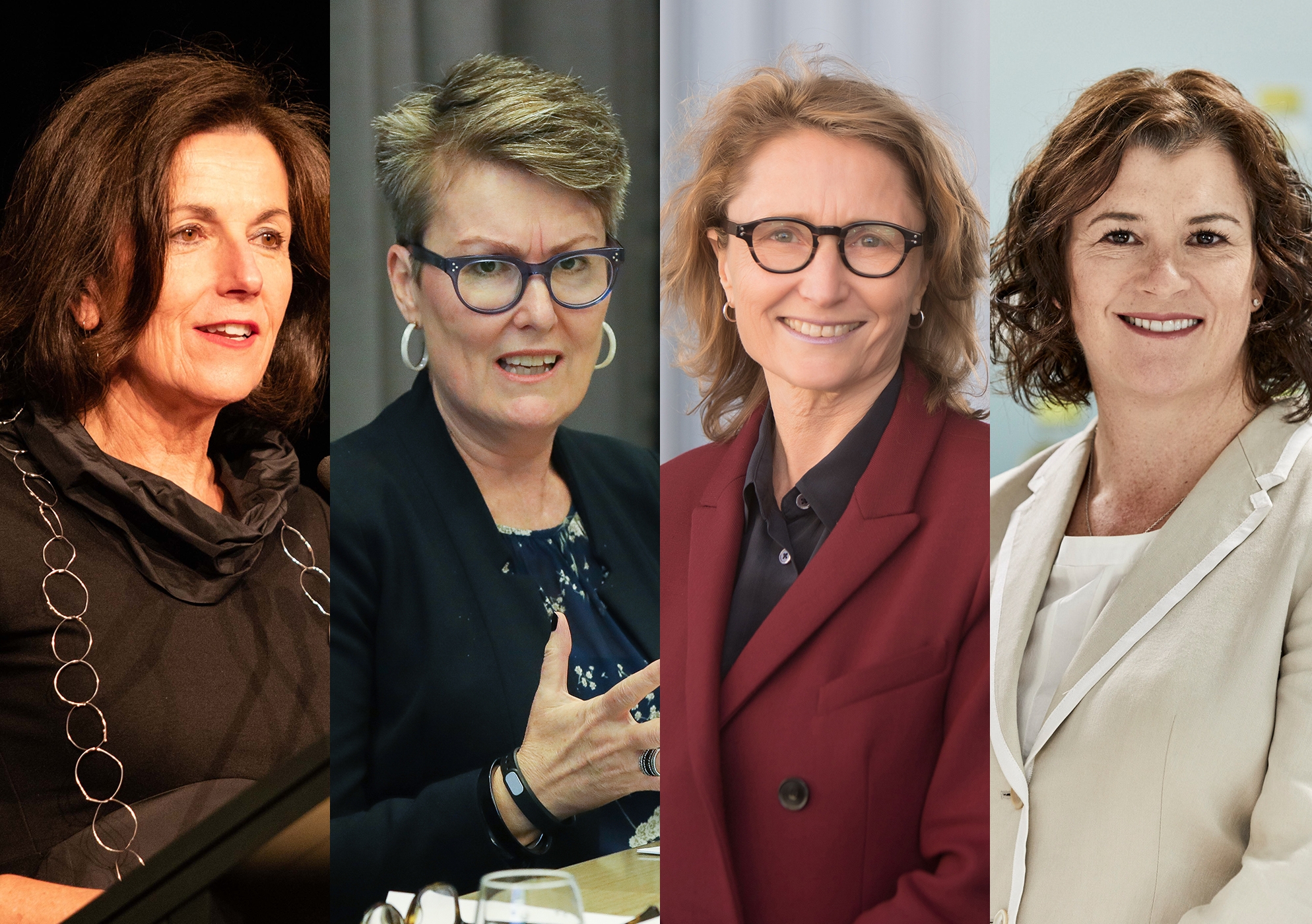 Leaders in the fields of medicine, law, public health and built environment named on the 2019 AFR 100 Women of Influence list.

Four UNSW Sydney academics have been named finalists in the 2019 Australian Financial Review 100 Women of Influence Awards, presented by Qantas, which “recognise the most influential, inspirational and visionary women” working in areas including business, academia, science, media, sports and LGBTI activism.

The awards, now in their seventh year, encompass 10 categories with the aim of identifying a diverse group of women championing change in business and society. In 2018, UNSW Pro Vice-Chancellor, Indigenous Professor Megan Davis was named the AFR’s Most Influential Woman and public policy category winner for her role in the process that culminated in the historic Uluru Statement from the Heart.

The 2019 UNSW academic finalists are: Professor Louise Chappell, inaugural director of the Australian Human Rights Institute at UNSW; Professor Helen Lochhead, dean of the Faculty of Built Environment; Tracey O’Brien, Associate Professor in paediatrics and director of the Kids Cancer Centre at Sydney Children’s Hospital; and Robyn Norton, Professor of Public Health and principal director of the George Institute for Global Health.

This year’s list of nominees was selected from 833 entries. According to the AFR, finalists were assessed against a number of criteria, including dedicating their time and energy to "helping and encouraging other women in their industry, for confronting unfairness, and using their skills and ability to help change the status quo to a more equal, more diverse and vibrant society.”

Professor Lochhead is the first female dean of the Faculty of Built Environment at UNSW and was recognised in the Board and Management category. Since her appointment in 2016, Professor Lochhead has made it a goal to shift the gender balance to ensure that more women graduates translate into more women in leadership in the built environment professions. She was recently elected as the national president of the Australian Institute of Architects, the peak body for architecture dedicated to improving the built environment and communities for all Australians.

Nominated in the Global category, Professor Norton was recognised for her work in public health, women’s health and non-communicable diseases such as heart disease, diabetes and stroke in low and middle-income countries. Professor Norton established the George Institute for Global Health in 1999 with Professor Stephen MacMahon with the ambitious mission to “improve the health of millions of people worldwide.” For the past decade, TGI has delivered high-impact evidence from a large program of research and innovation that has influenced health policy and healthcare practice worldwide.

In addition to the nominees from the academic ranks, AGSM MBA student Kristal Kinsela-Christie was nominated in the Business & Entrepreneur category for her work creating lasting pathways and growing the capabilities of Indigenous businesses and individuals. Recognised as NSW Aboriginal Woman of the Year in 2017, Ms Kinsela-Christie is a descendant of both the Jawoyn and Wiradjuri nations. She describes herself as an ‘enabler’ and works as an advocate and mentor for Indigenous women. Her career spans education and training, organisational and workforce development, and supplier diversity working across government, corporate and not-for-profit sectors. She is currently the managing director of Indigenous Professional Services, a majority Indigenous-owned management consulting company.

The winners of each of the 10 categories and the overall winner will be announced at a gala dinner in Sydney on 22 October.