Denying protection to asylum seekers is neither sustainable nor defensible as long-term policy. Here are ways to make the screening process at airports more just when the borders do reopen.

It is virtually impossible for anyone to travel to Australia at the moment due to COVID-19 restrictions — let alone those seeking asylum. But even before the pandemic, it was very difficult for asylum seekers to make their way here.

With our borders completely shut, this is an opportune time to reflect on what our asylum seeker policy could look like in a post-pandemic world.

Our current system is arbitrary and ad hoc

The major political parties have made it clear they do not want to see asylum seekers coming to Australia by boats again. But it is hypocritical to take such a position without providing alternative safe pathways for asylum seekers to get here.

One such pathway is air travel. Before the pandemic, it was possible for people who qualified for tourist, student or other types of visas to fly to Australia and subsequently apply for protection.

But those coming by plane typically faced pre-screening and were often denied boarding – precisely because they fit the profile of someone who might claim asylum.

At Australian airports, border officials also use a highly discretionary system to identify and cancel the visas of potential asylum seekers before even considering their protection claims. This places these individuals at serious risk of refoulement to persecution or other serious harm.

This process has resulted in refugees being handcuffed and detained, simply for raising a protection claim in the airport. Some are only detained briefly and promptly placed on a flight home, while others spend months or years in immigration detention while their claims are assessed.

These policies not only prioritise removal or visa cancellation over protection, but actually serve as a disincentive for people to apply for protection at the airport. 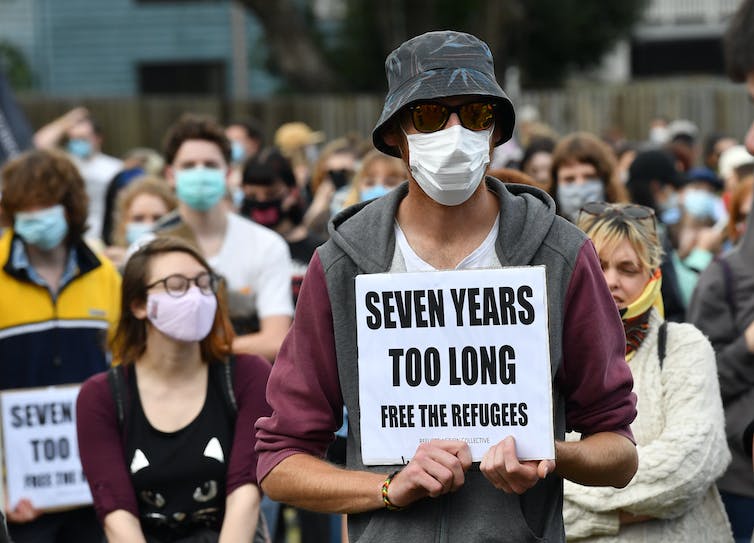 With COVID-19, we have a rare opportunity for a policy reset. Maintaining the integrity of the system is important, and we do not dispute the need to have systems in place to fairly and efficiently distinguish between those who need protection and those who do not.

The problem is the discretionary nature of the present system has given rise to an arbitrary approach that places too much power in the hands of border enforcement officials with no background or training in identifying people in need of protection.

In our new policy brief for UNSW’s Kaldor Centre for International Refugee Law, we make several recommendations for how to improve the system.

First, we argue people’s visas should not be cancelled while they are in immigration clearance solely because they seek to lodge a protection claim in Australia.

This a breach of the UN Refugee Convention, which prohibits penalising asylum seekers for “irregular entry or presence” in a country where they are looking for protection. It also goes against the principles of non-discrimination in international human rights law. 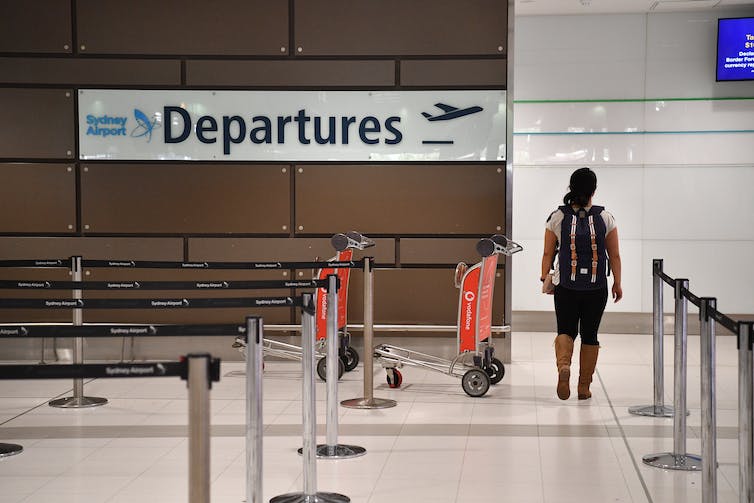 The current process for evaluating asylum claims at airports is arbitrary and unfairly harsh. BRENDAN ESPOSITO/AAP

We also argue Australia should pass new legislation to improve screening procedures for asylum seekers at airports, including these changes:

Better tracking of people being turned away

In addition to these changes to the screening process, it’s imperative airlines are not fined for carrying passengers who ultimately receive protection in Australia.

And the Department of Home Affairs needs to improve its data collection practices to start recording reasons for visa cancellations — both within and outside Australia — as well as outcomes of all screening decisions.

The government has conceded it does not accurately collect such data. This information is critical to assessing the extent to which Australia is complying with its domestic and international obligations.

Australia cannot permanently keep its borders shut to asylum seekers. It’s not only inhumane, but it also goes against our obligations under international refugee and human rights law. When travel to Australia resumes, we need to prioritise protection over deflection and removal.

Thought leadership|08 Mar 2021
Celebrating International Women's Day
Today we celebrate International Women’s Day (IWD) with Professor Justine Nolan, Director of the Australian Human Rights Institute at UNSW Sydney.
Mentions
Justine Nolan
Thought leadership|01 Mar 2021
Parliament needs a Code of Conduct with sanctions, not more inquiries into sexual harassment
We already know what to do to stop sexual harassment from ruining lives and careers of women working at Parliament. We just need to do it.
Mentions
Louise Chappell
Thought leadership|19 Jan 2021
Black Lives Matter movement in Australia: First Nations perspectives
Three prominent Indigenous women speak about one of the biggest social movements in the world and how it matters in Australia
Thought leadership|12 Oct 2020
Koalafications: what new environmental laws mean for the survival of the species
The new State Environmental Planning Policy has caused quite a stir politically, but a UNSW Law academic says not much is changing.
Mentions
Amelia Thorpe
View more