UNSW Law is proud of its researchers’ engagement with the wider community, assisting in finding creative solutions to complex real-world problems.

Here is just a small selection of the high-impact work the Faculty undertakes. 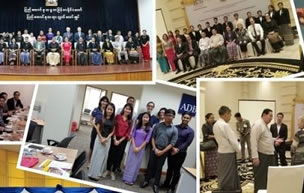 UNSW Law has a strong record of collaboration and engagement on a wide range of issues related to law reform and legal education in Myanmar.

Melissa and Theunis are also partnering with the International Institute for Democracy and Electoral Assistance to provide workshops on constitution-making and natural resource governance in Myanmar. These workshops are a critical forum for discussion and debate on constitutional reform.

In a separate project, Melissa and Emma Dunlop are delivering a major program on professional legal education in commercial and corporate law for lawyers, judges and officers of the Attorney General's Office, funded by the Asian Development Bank in Myanmar.

Professor Ross Buckley, Scientia Professor and CIFR King & Wood Mallesons Chair in International Finance Law, has an impressive track record in tackling pressing problems in the delivery of financial services across the world.

His current work includes a project funded by the UN Capital Development Fund focused on how best to regulate the delivery of financial services over mobile devices in least developed countries.

Global access to financial services – the ability to store funds securely, make and receive payments, and access emergency finance via so-called ‘mobile money’ – is regarded by the World Bank and the UN as key to lifting millions out of poverty.

Buckley’s team of Louise Malady, Cheng-Yun Tsang and Katharine Kemp is working in the Solomon Islands, assisting the Central Bank with its policy and regulatory settings.

The team will do similar work in Zambia.

Alongside this work, Buckley has recently produced internationally acclaimed and groundbreaking research into the evolution of FinTech (financial technology) together with Doug Arner and Janos Barberis of the University of Hong Kong.

This team is researching the application of RegTech (regulatory technology) solutions to the FinTech sector in developed countries. 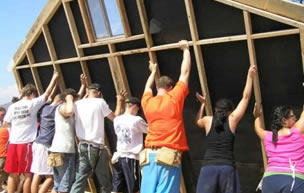 UNSW Law researchers have been helping shape the legal and regulatory environment for ‘new economy’ innovations with a social and ecological focus.

Professor Bronwen Morgan’s Future Fellowship team worked on the project ‘Between Social Activism and Social Enterprise’ from 2012–2016. The Australian research has had a comparative dimension based in Bristol, UK.

The team has been involved in ongoing debates about whether Australia should introduce hybrid legal models for companies that make it possible to blend aspects of for-profit and not-for-profit legal forms have appeared in many other countries. UNSW Law collaborated with the Social Enterprise Legal Models Working Group, producing a policy report, templates to assist in choice of legal models and a webinar. A related workstream has now been established in the Centre for Law, Markets and Regulation to continue this work.

It will also incorporate the related work of Marina Nehme and Fiona Martin who have shaped the legal and regulatory environment for crowdfunding, Indigenous corporations and charities through research, policy dialogue and government submissions.

The project stimulated debate about the gap in affordable legal professional advice for budding social entrepreneurs in Australia, launching the report ‘Where are the Community Enterprise Lawyers?’ and working with the Australian Earth Laws Alliance to create the New Economy Network for Australia (NENA). The project has also made sector-specific contributions to the growing community energy sector in Australia. 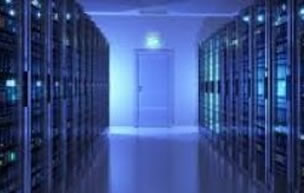 Four researchers at UNSW Law have been working with Deakin Law School and La Trobe Law School – as well as an extensive technical team from nine universities, users and policy makers from six government agencies and commercial vendors of data storage and analytic tools – in the multi-million dollar Data to Decisions Co-operative Research Centre.

The first project in the Law and Policy Program, ‘Big Data Technology and National Security: Comparative International Perspectives on Strategy, Policy and Law’, was led by Professor Chan.

It examined the policies, regulatory approaches, processes and strategies used by Australia, the UK and Canada to balance the management and exploitation of Big Data for national security and law enforcement purposes – while safeguarding confidentiality and security of sensitive personal information, as well as the accuracy of data sets.

Since then, Associate Professor Lyria Bennett Moses has been leading two projects. One of the projects is to develop and articulate principles to guide technologists, policy makers and users in the design, regulation, implementation, governance and oversight of data-based decision-support technologies in law enforcement and national security.

The second project is to develop policy and regulatory frameworks for specific business cases. It is predicted that the Centre will help to build a substantial big data industry that will position Australia as an international exemplar in the development and use of big data capability, with UNSW Law and its partners helping clarify governance, accountability and transparency issues.