Dr. Howell has over 30 years of experience as a lawyer, strategic planner, educator and CEO. She is admitted to practice as a solicitor in Victoria and NSW and has served a term as the Secretary-General of the Law Council of Australia. Rosemary's professional expertise in strategic planning, facilitation and tertiary education has focused on enhancing the quality of professional and legal services through leadership roles in the legal profession's governing bodies, professional engagement in alternative dispute resolution techniques and engagement in higher education.

Since 1985 Rosemary's company, Strategic Action, has provided consulting services on planning, facilitation and training to State and Federal government departments and businesses in Australia, New Zealand, USA, UK, China and South Africa. Her clientele includes in-house counsel, major corporate entities and a large range of professional service businesses including architects, law firms, engineers and accountants. Strategic Action was named the top Australia-Pacific mediation practice in 2018 by International Who's Who of Commercial Mediation.

In 2005, Rosemary was awarded her Doctorate of Judicial Science (SJD) for her work on Negotiating with Lawyers, a qualitative study of the experiences of those for whom, and with whom, lawyers negotiate. This research allowed Rosemary to give theoretical voice to the professional skills and multi-disciplinary perspectives acquired through programs such as those she had taken and taught at Harvard University. It is these skills and perspectives that Rosemary hopes to pass on to Australia's future legal practitioners through her courses at UNSW.

In 2011 she was appointed a Visiting Professor at Catholica University in Lisbon where she led the first ADR program delivered in the Master's Program.

Rosemary currently coaches the UNSW team in the invitation only ICC Mediation Competition Paris. She has coached UNSW teams since 2006 to the present, during which UNSW has reached the final rounds in all but 2 years and were winners in 2016 and 2018 from a field of 65 international competitors.

Memberships, Appointments and Board Positions

1980-83  Managing Editor, Australian Law News, the Journal of the Law Council of Australia

1982-91  Board Member, Council of Adult Education, Victoria and Chairman of Committee on Staff Conditions 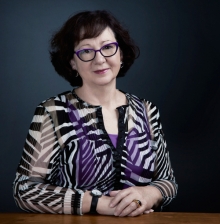 Howell R, 2004, 'Spot the difference...if you can', Australian Journal of Management

Howell R, 2019, It’s not cricket! – But it is a lesson about why apologies matter, http://mediationblog.kluwerarbitration.com/2019/01/22/its-not-cricket-but-it-is-a-lesson-about-why-apologies-matter/

Howell R, 2019, Welcome To The Future: Showcasing The Next Generation of Mediators Stepping Up And Stepping Out, http://mediationblog.kluwerarbitration.com/2019/03/22/welcome-to-the-future-showcasing-the-next-generation-of-mediators-stepping-up-and-stepping-out/

Howell R, 2019, All You Need is Love – More Lessons from the Beatles and from Indigenous Australians, http://mediationblog.kluwerarbitration.com/2019/07/22/all-you-need-is-love-more-lessons-from-the-beatles-and-from-indigenous-australians/

Howell R, 2018, The 13th ICC International Commercial Mediation Competition – Reflections On What It Takes To Be A Winner, http://mediationblog.kluwerarbitration.com/2018/02/22/13th-icc-international-commercial-mediation-competition-reflections-takes-winner/

Howell R, 2018, A Mediation Masterclass With A Difference, http://mediationblog.kluwerarbitration.com/2018/05/22/mediation-masterclass-difference/

Howell R, 2018, Is Mediation Really Like Fruit? – Does The Conflict Have To Be Ripe?, http://mediationblog.kluwerarbitration.com/2018/07/31/mediation-really-like-fruit-conflict-ripe/

Howell R, 2018, Reconnecting with the Power of Symbolism, http://mediationblog.kluwerarbitration.com/2018/09/22/reconnecting-power-symbolism/

UNSW Law Staff Award 'in recognition of [her] significant contribution towards developing, enabling and supporting community and collegiality at the Law School' - 2013

The inaugural LEADR award for 'significant contribution to ADR' - 2013